Miranda spoke about how she’s getting used to being in the “inbetween”.

Life feels like it’s going at warp speed. Remembering yesterday sometimes feels like it was two years ago because it’s a bygone time and we don’t know what’s going to happen tomorrow.

How has lockdown affected business?

“On 26th March, 85 % of our orders disappeared. We had just lost our entire route to market but it was helpful that it was so complete. We just had to get on with it without hesitation and think fast, think on our feet. We have become very responsive, become very adaptive and it’s survival.

“We have had a huge increase in online sales but we think it’s really important, especially as a young brewery, to put our wares out in the wider to the market so we adapted quickly from having a predominantly wholesale business model to supplying direct to trade.

“We’re a small team at Duration so we’re used to wearing many hats and being flexible but it hasn’t been without its challenges. For example, planning to keep our production manager safe so he could be in the delivery room for the birth of his first child was a priority. In a manufacturing business that is needing of physicality, it’s very hard to think about how you fulfil 100 orders without anyone going near each other and planning around all the touchpoints in the brewery.”

Why did you choose Norfolk as a location for Duration?

“We really wanted to pursue a modern farmhouse model for our brewery so we thought we should be on a farm. We wanted diversity in the ecosystem, we wanted to be near a water source, established fruit trees and to be in amongst the agriculture that is going to be informing beers.

“I’m a Londoner. Our brewer and my husband is North-Carolinan. He actually finds Norfolk being a little peninsular. He finds he really relates to the Norfolk mindset. It’s traditional, connected to fishing as well as the arts. There are people who get on with what they love doing. The landscape is similar with long sweeping coastlines, flats terrain and a lot of farmland. We’re right near crisp maltings. There’s a lot of local producers here that we can form a nexus with.”

Have you been locally focused or looking to sell a lot more London?

“We have been nationally focused. We had six regional wholesalers that we chose to focus on a niche craft beer audience. Then our local market has a lot of traditional cask ale drinkers. Craft beer is a new thing here so we’ve been slowly reaching out. Up until now, we had been opening the brewery once a month for can pick-up. We’ve not pushed too hard but we have a nice local crowd that come by.

“We’ve tried to bring a lot of storytelling into our business. We’ve always wanted to champion how beautiful where we are is. We’re also in a monastic ruin, it’s a very beautiful 16th century stone barn. There’s always been an evocative romantic sense of our brewery. It can be a place you can step to away from your day to day, escaping the city and coming to taste a slightly different kind of way.

“We’ve been doing online tours and tastings and a lot of the people who have along are actually very close by. They say that they’ve seen us building or on social media and that they’ve meant to come by but ironically now they can’t come by they’re visiting virtually.”

How do you think lockdown is affecting people’s habits?

“I feel like there’s a real ethical question at play. People are thinking about supply chains such as the impact of Amazon. People are thinking that if they’re stuck indoors that they want to be more experimental because they’ve got the time. They’re thinking more of the provenance of what they’re buying but not just the ingredients. They’re thinking of ecosystem of that supply chain, they want to support something local or something that really has meaning. We can’t put that genie back in the bottle.

“I’m really keen to see the trends. We’ve noticed, just within this short time, our audience are drinking a lot lower abv. That’s great for us as our range tries to celebrate balance and not necessarily hop-dosing everything within an inch of its life. I think people are reassessing their values thinking about what they really need and what it is they find really beautiful.

“I’ve got an 8-year-old, she actually turned 8 during lockdown. It’s interesting to see things through the eyes of a child and her ability to adapt. She’s come in and helped at the brewery a couple of times, she’s helped with a marketing campaign for me. We’ve actually had to discuss mortality with her because there are a couple of friends we’ve lost sadly in this time. I think we’re all realising how adaptive we all can be and how it’s not that hard. It fascinates me to think about what lessons we’ll have learnt when we come out of this.”

Listen to the podcast here…

Cabin Fever is made Eoghan Walsh of Brussels Beer City and it is less a podcast than a group therapy session for writers, brewers, and friends who like to enjoy a beer together but, well, can’t. 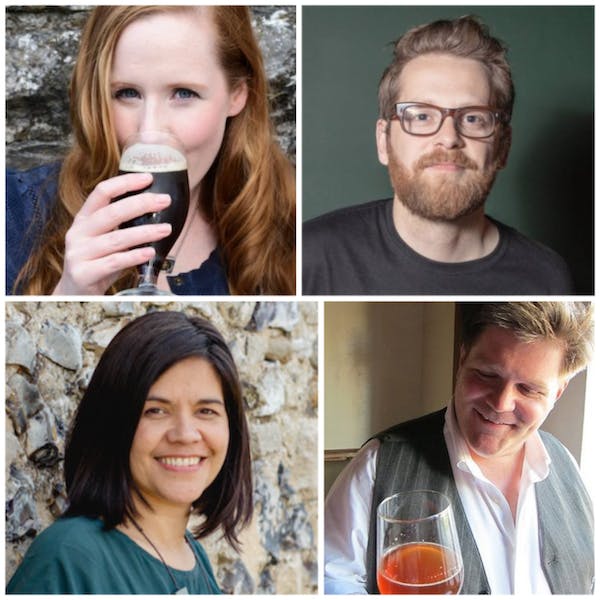