Duration Brewing has been awarded two of the highest accolades in UK Brewing as Best New Brewery and Best New Beer for flagship American Pale Turtles All The Way Down.

The prestigious Brewers Choice Awards are hosted by The Brewers Journal in London to recognize the efforts and achievements of all brewers and breweries in the United Kingdom. 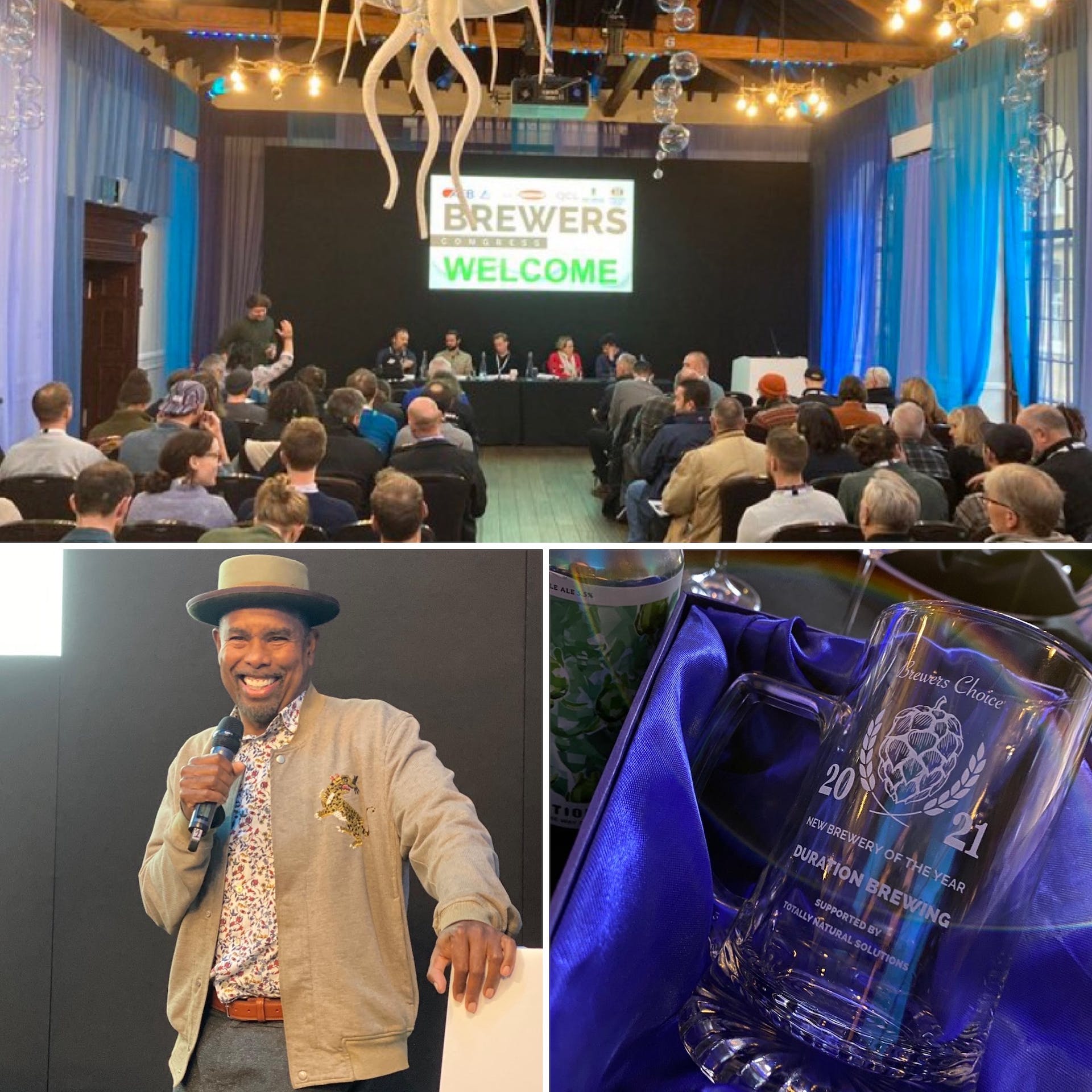 After the award ceremony at the Brewer’s Congress Head Brewer, Derek Bates took to the stage in a rare public appearance to give a keynote lecture on Leaving a Legacy while Leaving No Trace.

An impassioned and rousing talk on how in building the business he has worked in structures and processes to make beers that belong with a deep respect of our impact. As well as discussing circular waste practices he also talked of his ambition to not grow exponentially and perhaps instead do less with more to stay creative while also putting mechanisms in place to allow for owner-operators with staff equity. 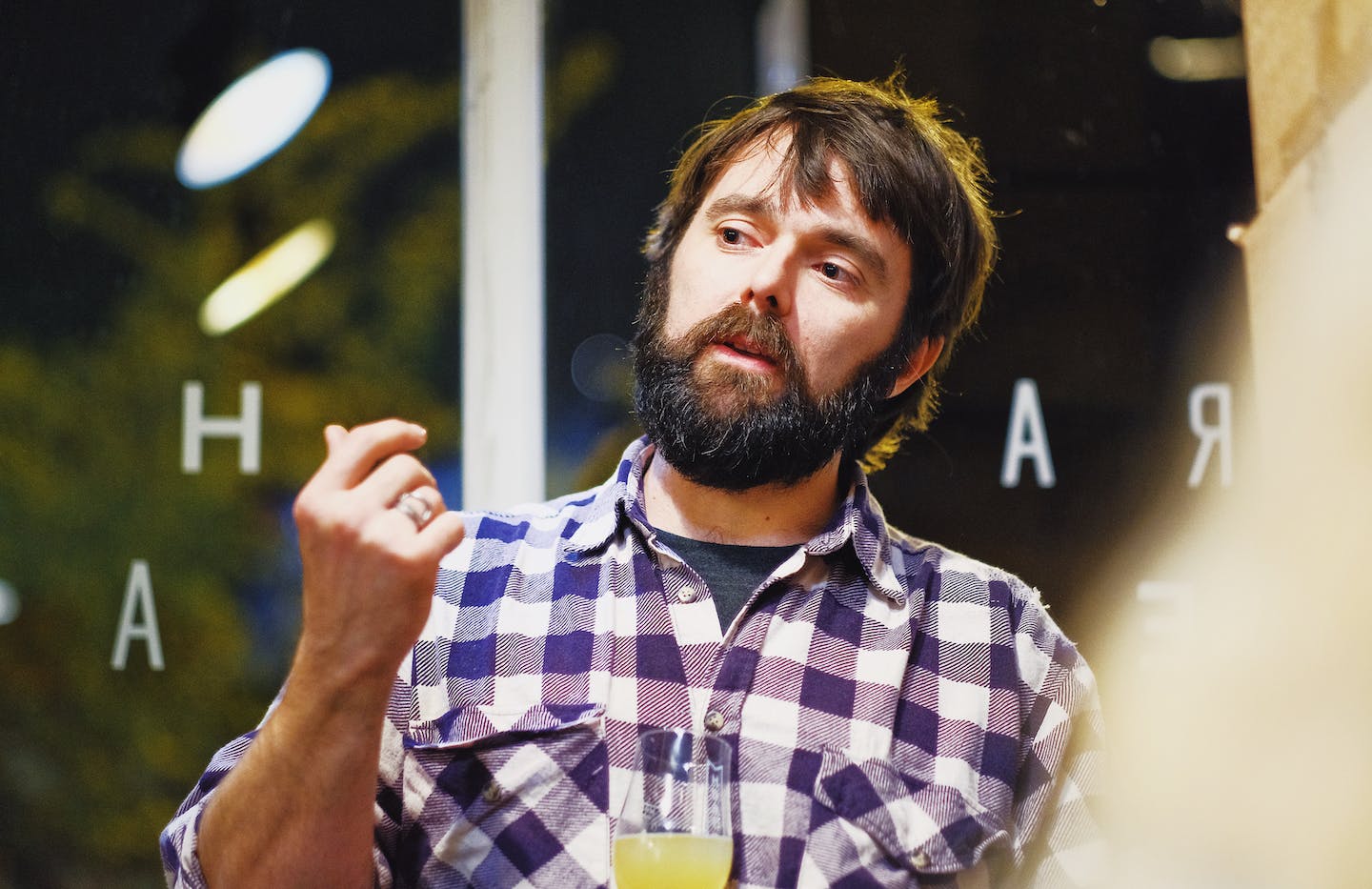 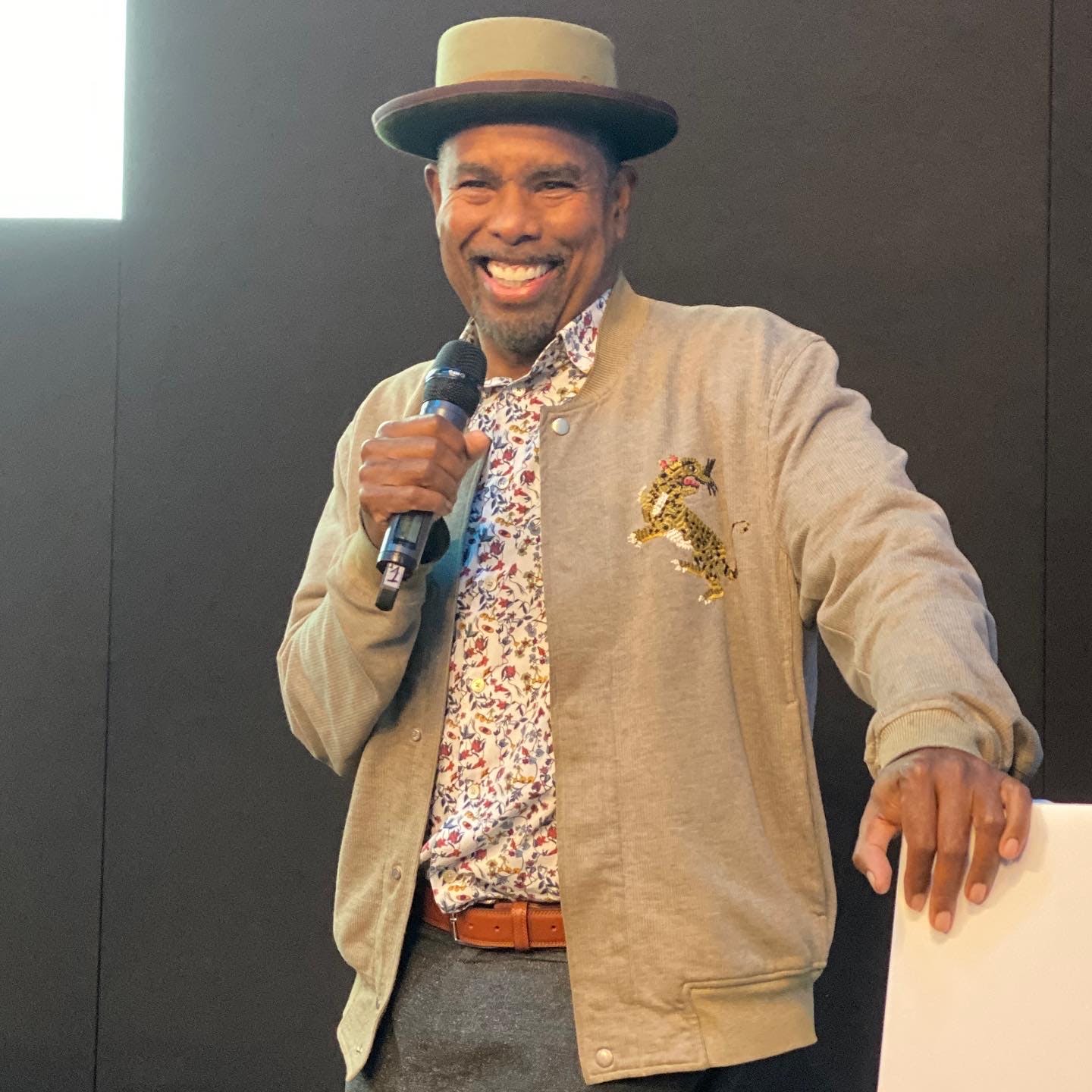 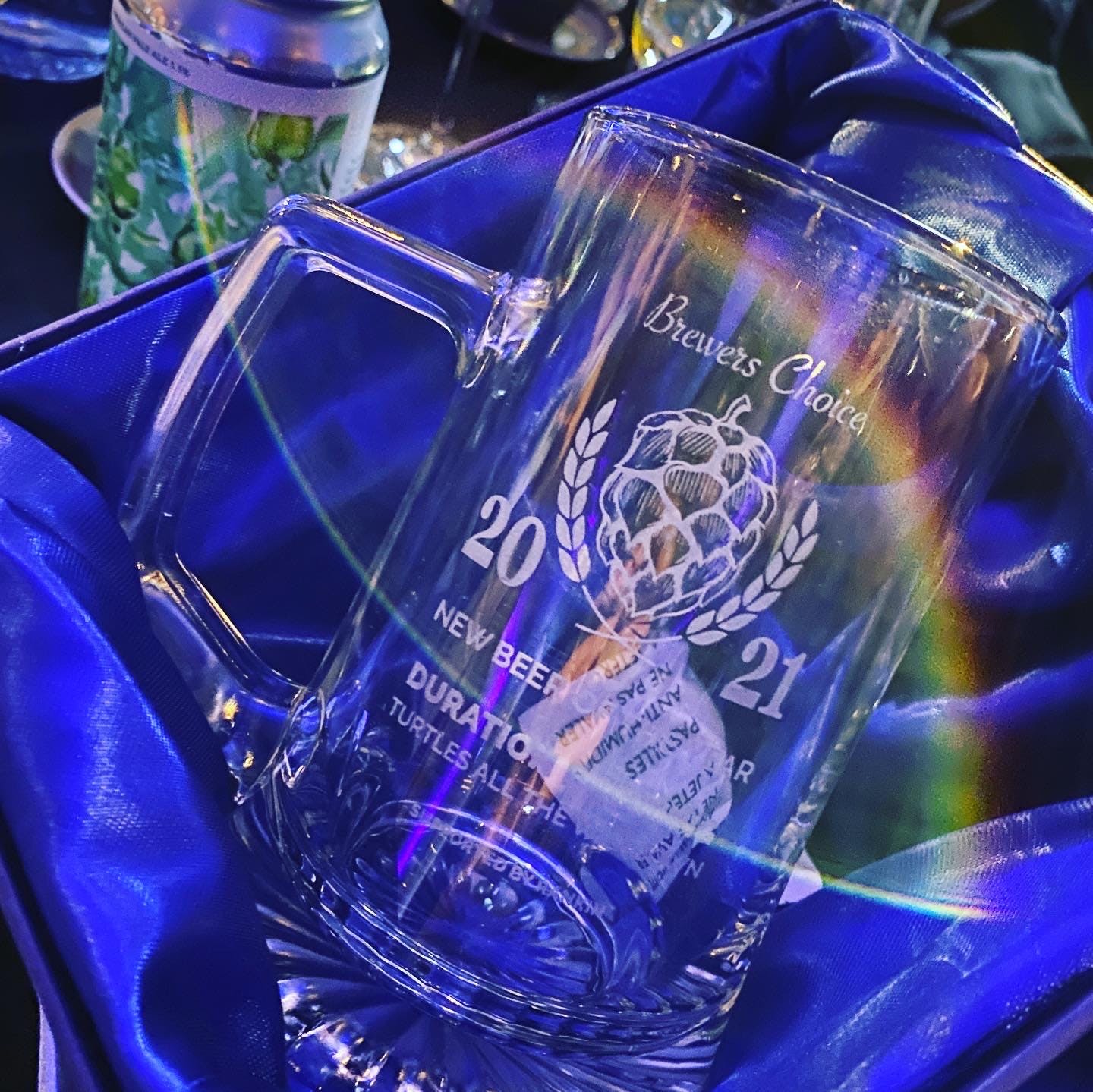 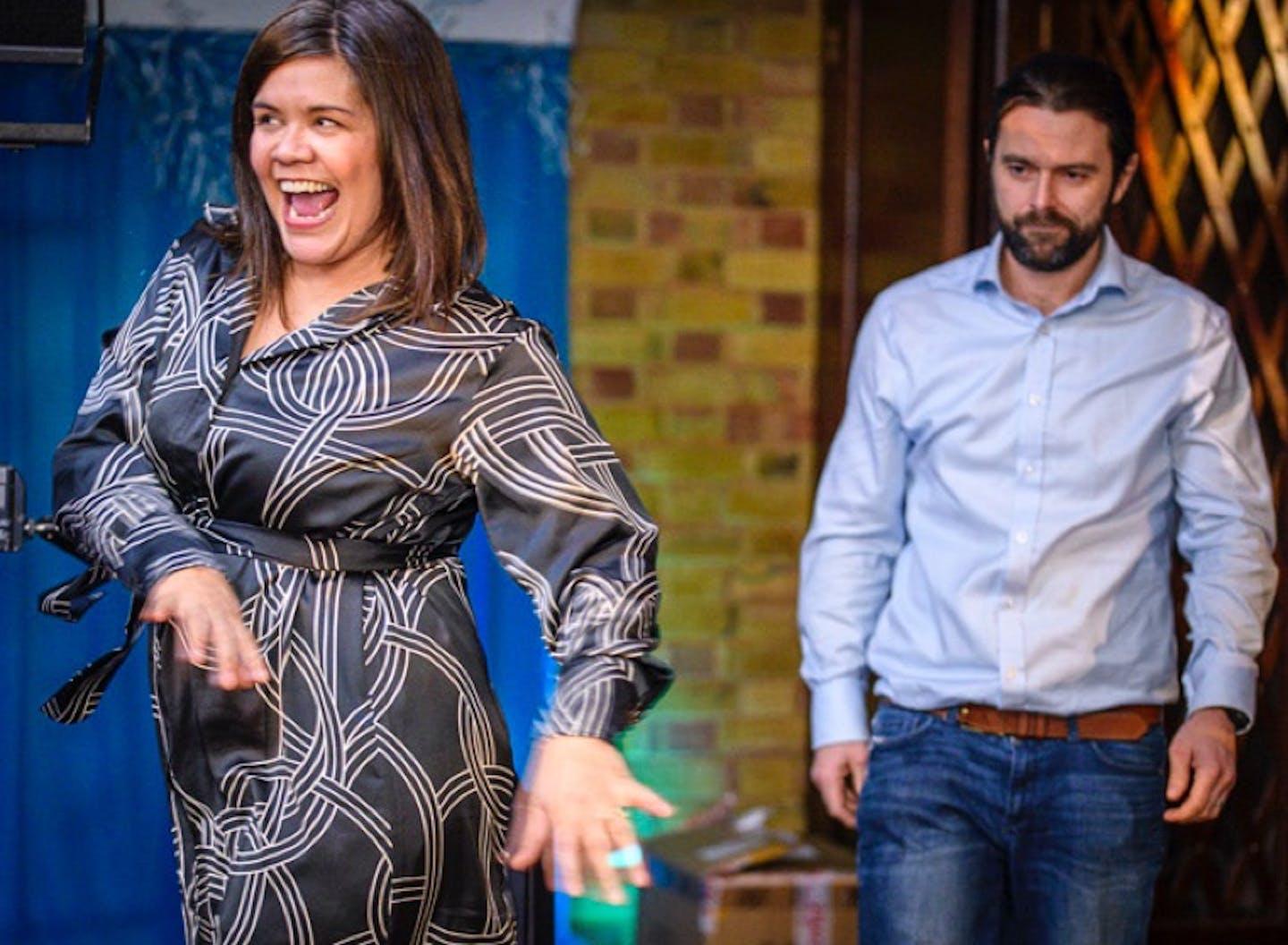 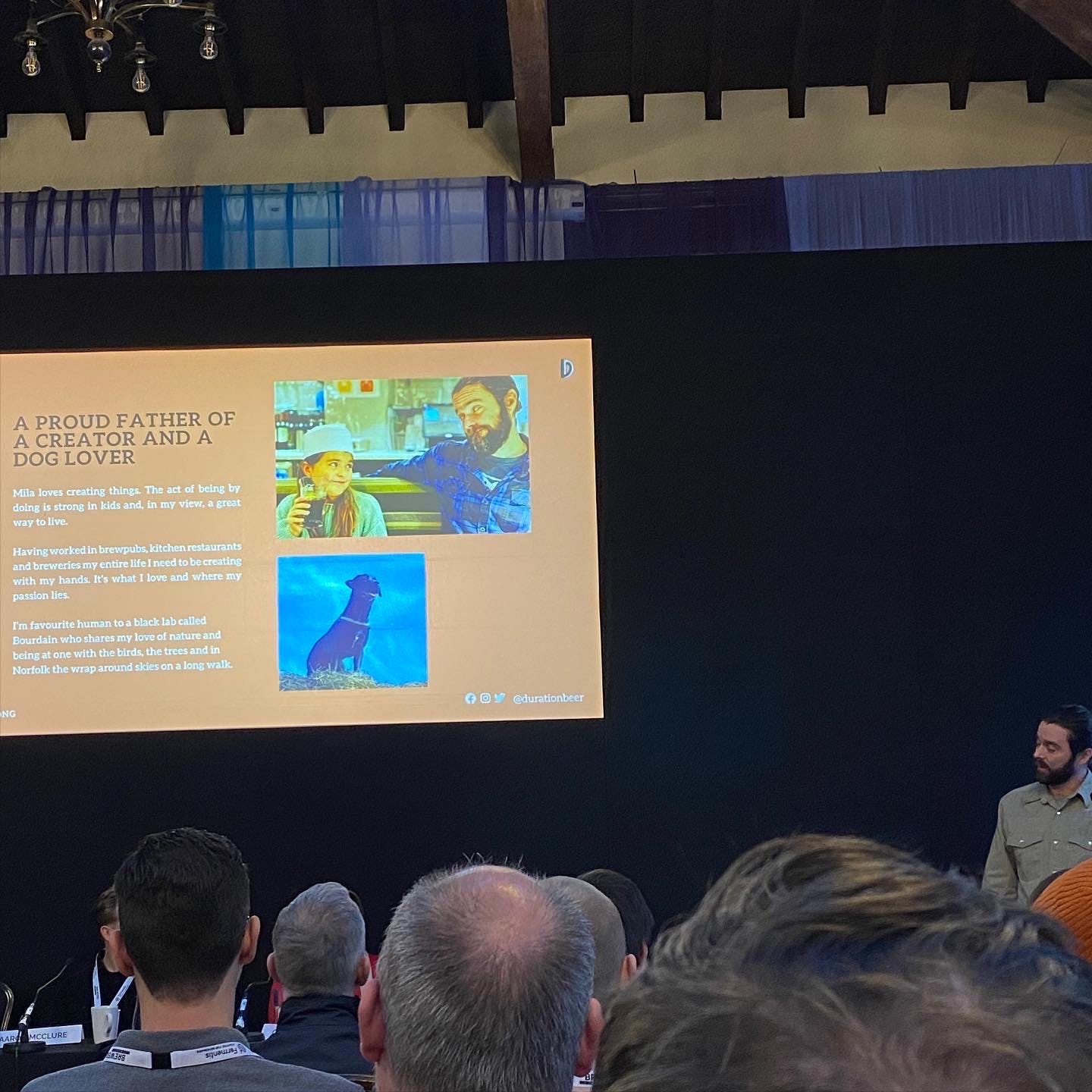 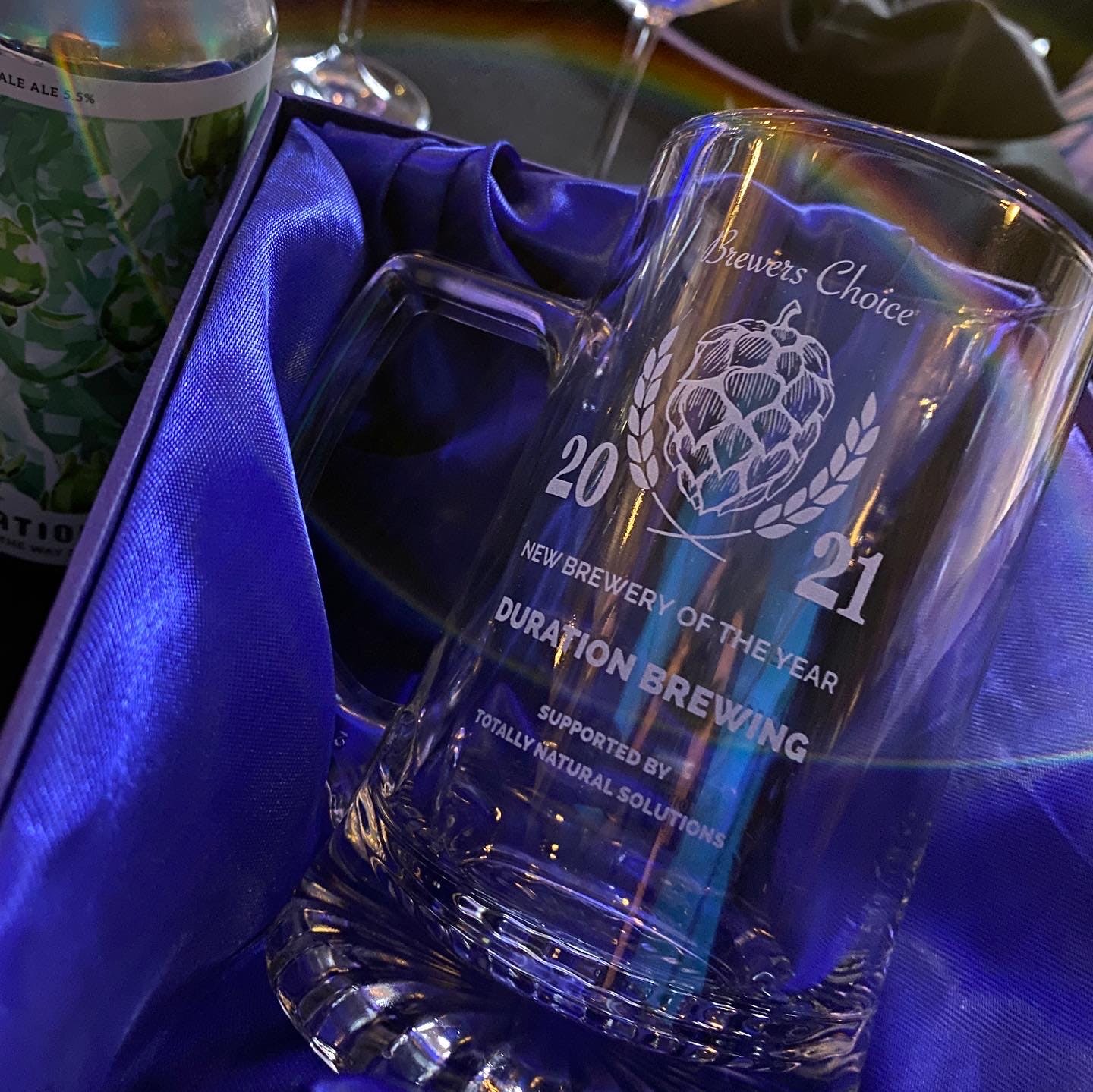 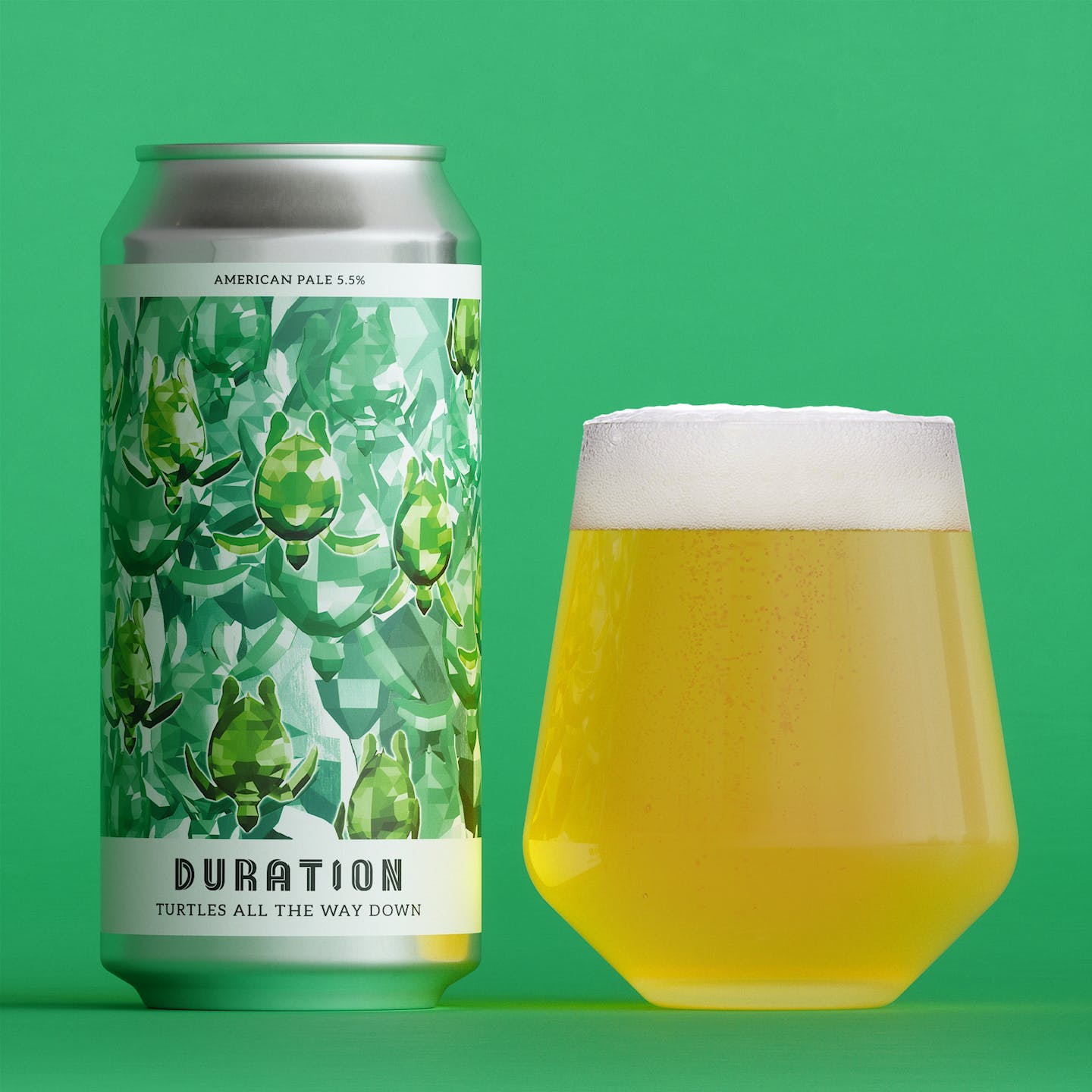 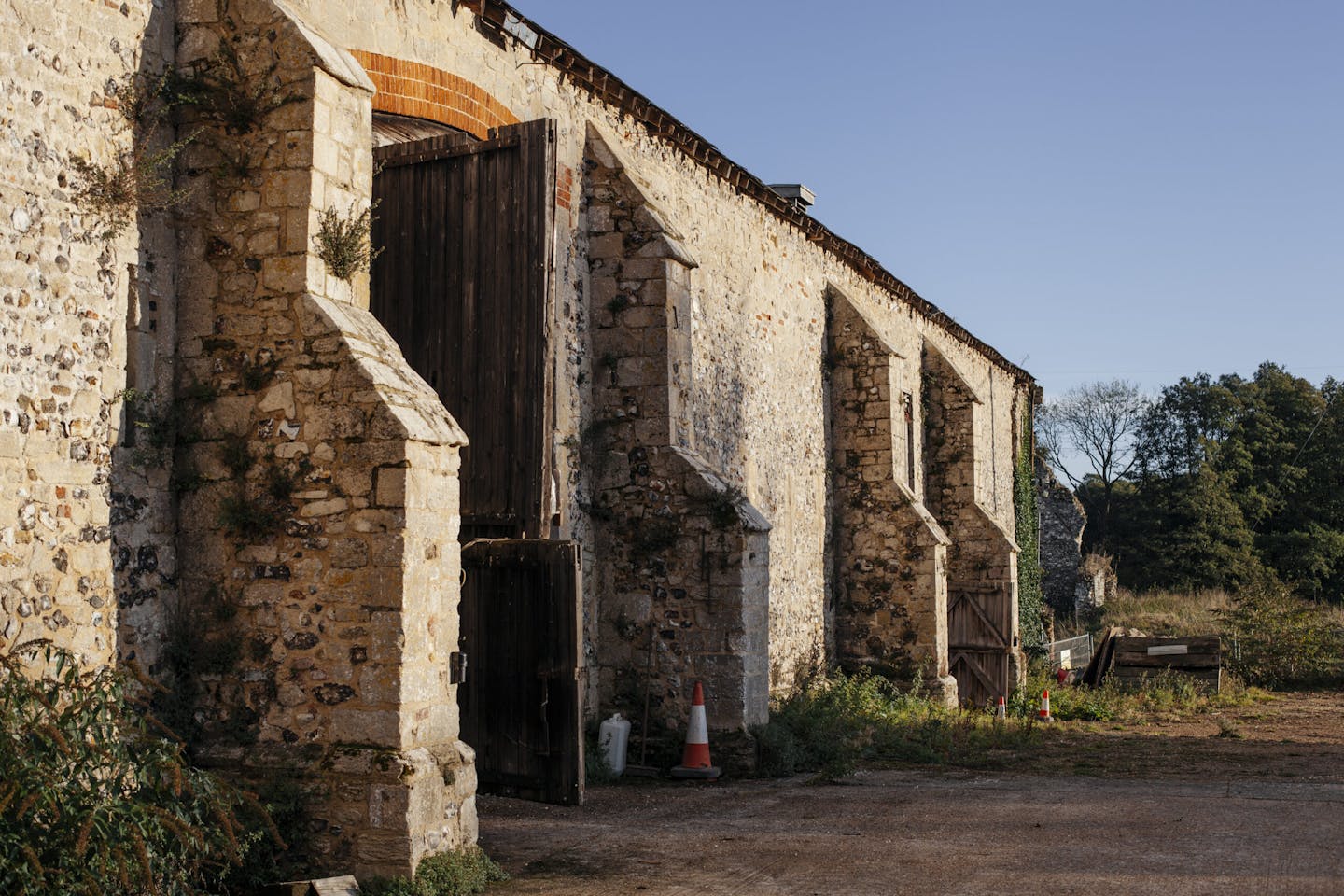 We are delighted to have been awarded Best New Brewery and Best New Beer for our flagship Turtles. Opening in the middle of rural Norfolk at a historic site was always going to be a tall order. Making it through a global pandemic while the country your brewery is in leaves the European Union has just added to the challenges, so I’ll take a medal for that alone!

In all seriousness though, we are really pleased to be have won both New Brewery of the Year and New Beer of the Year. I’m pretty proud of all the team has acheived and Turtles All The Way Down is a beer to drink the little wins to in my view!

We knew building a destination farmhouse brewery meant being on a working farm, when we decided to renovate a dilapidated 16th-century barn repurposed from a 10th-century priory ruin we knew we had our work cut out. With protected wildlife and the historic and cultural significance of our site, winning an award like this really does make all the months of hard work worth it!’ 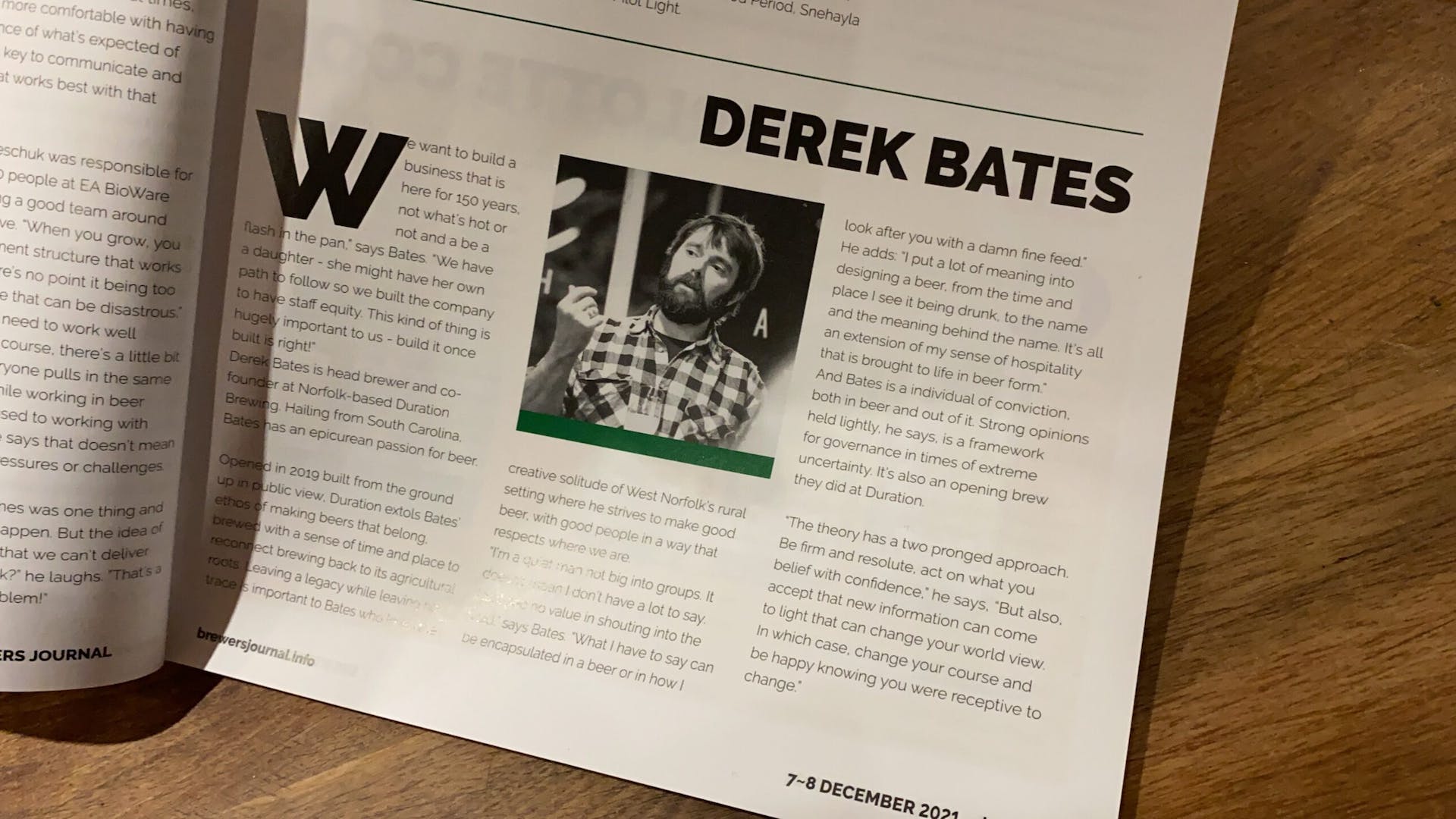 See the full shortlist line up for all the Brewer’s Choice 2021 awards here.

Read about the speakers at this years annual Brewer’s Congress here. 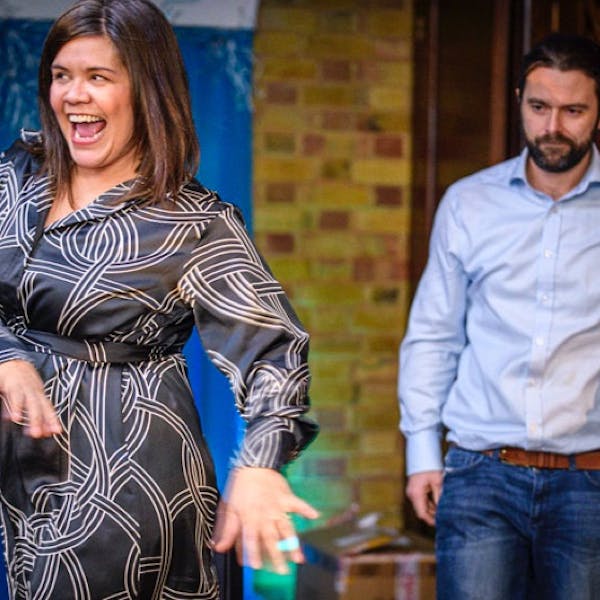