Root and Bone – Into the Wild 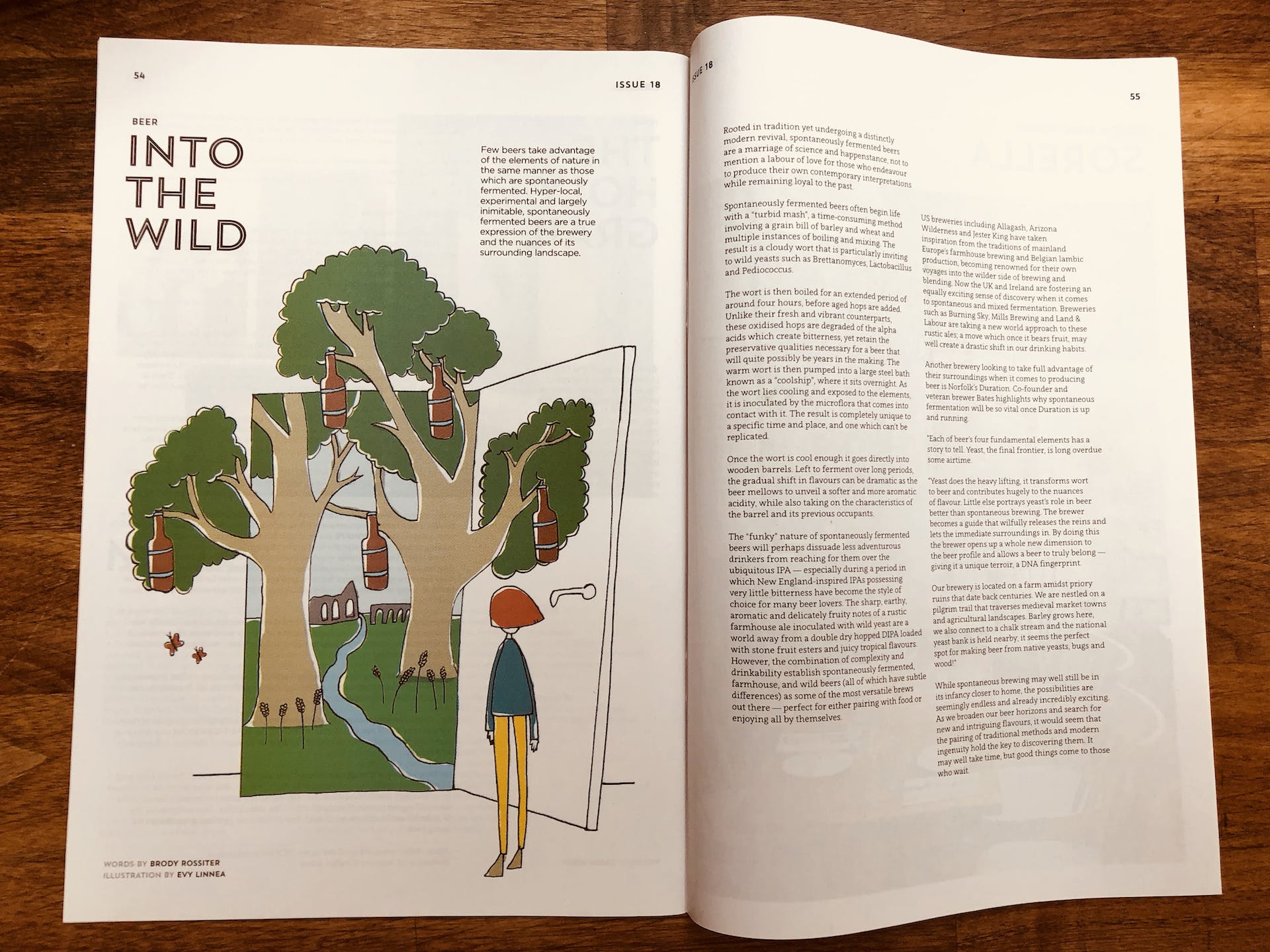 Contributing to such a great article in foodies staple ‘Root & Bone’ magazine has really reaffirmed why we are going all out on our brewery location.  Root and Bone is distributed across the capitals restaurants, art spaces and bottle shops so we thought we’d transcribe the full article for those outside of London to read too.

Rooted in tradition yet undergoing a distinctly modern revival, spontaneously fermented beers are a marriage of science and happenstance, not to mention a labour of love for those who endeavour to produce their own contemporary interpretations while remaining loyal to the past.

Spontaneously fermented beers often begin life with a “turbid mash”, a time-consuming method involving a grain bill of barley and wheat and multiple instances of boiling and mixing. The result is a cloudy wort that is particularly inviting to wild yeasts such as Brettanomyces, Lactobacillus and Pediococcus.

The wort is then boiled for an extended period of around four hours, before aged hops are added. Unlike their fresh and vibrant counterparts, these oxidised hops are degraded of the alpha acids which create bitterness, yet retain the preservative qualities necessary for a beer that will quite possibly be years in the making. The warm wort is then pumped into  large steel bath known as a ‘coolship’, where is sits overnight. As the wort lies cooling and exposed to the elements, it is inoculated by the microflora that comes into contact with it. The result is completely unique to a specific time and place, and one that can’t be replicated.

Once the wort is cool enough it goes directly into wooden barrels. Left to ferment over long periods, the gradual shift in flavours can be dramatic as the beer mellows to unveil a softer and more aromatic acidity, while also taking on the characteristics of the barrel and its previous occupants.

The “funky” nature of spontaneously fermented beers will perhaps dissuade less adventurous drinkers from reaching for them over the ubiquitous IPA – especially during a period in which New England-inspired IPAs possessing very little bitterness have become the style of choice for many beer lovers. The sharp, earthy, aromatic and delicately fruited notes of a rustic farmhouse ale inoculated with wild yeast are a world away from a double dry hopped DIPA loaded with stone fruit esters and juicy tropical flavours. However, the combination of complexity and drinkability establish spontaneously fermented, farmhouse, and wild beers (all of which have subtle differences) as some of the most versatile brews out there – perfect for either pairing with food or enjoying all by themselves.

US breweries including Allagash, Arizona Wilderness and Jester King have taken inspiration from the traditions of mainland Europe’s farmhouse brewing and Belgian lambic production, becoming renowned for their own voyages into the wilder side of brewing and blending. Now the UK and Ireland are fostering an equally exciting sense of discovery when it comes to spontaneous and mixed fermentation. Breweries such as Burning Sky, Mills Brewing and Land & Labour are taking a new world approach to these rustic ales; a move which once it bears fruit, may well create a drastic shift in our drinking habits. 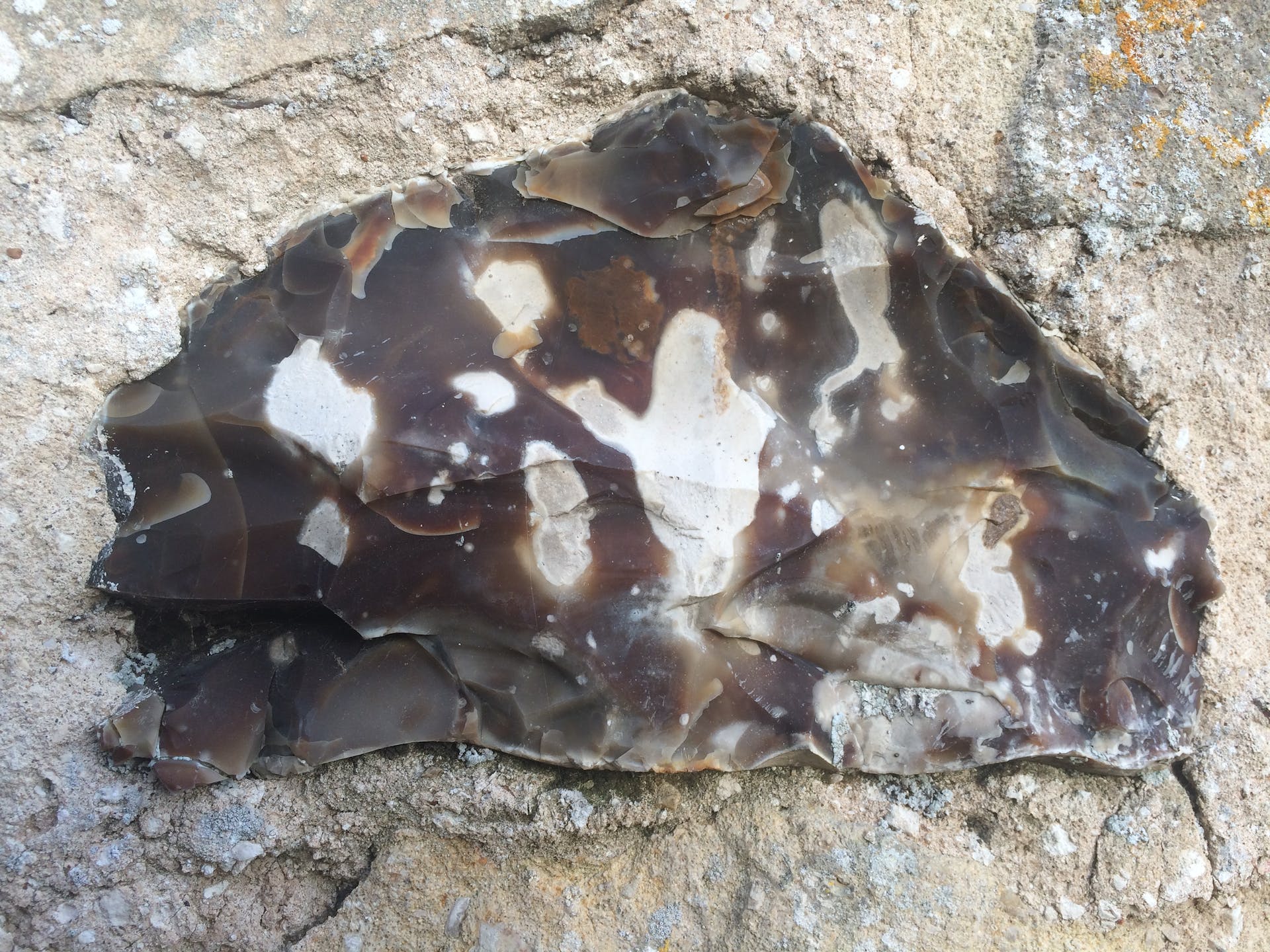 Another brewery looking to take full advantage of their surroundings when it comes to producing beer is Norfolk’s Duration. Co-founder and veteran brewer Bates highlights why spontaneous fermentation will be so vital once Duration is up and running.

Each of beer’s four fundamental elements has a story to tell. Yeast, the final frontier, is long overdue some airtime.

Yeast does the heavy lifting, it transforms wort into beer and contributes hugely to the nuances of flavour. Little else portrays yeast’s role in beer better than spontaneous brewing. The brewer becomes a guide that wilfully releases the reins and lets the immediate surroundings in. By doing this the brewer opens up a whole new dimension to the beer profile and allows a beer to truly belong.

Our brewery is located on a farm amidst priory ruins that date back centuries. We are nestled in ancient woods on a pilgrim trail that traverses medieval market towns and agricultural landscapes. Barley grows here, we also connect to a chalk stream and the national yeast bank is held nearby; it seems the perfect spot for making beer from native yeasts, bugs and wood!

While spontaneous brewing may well still be in its infancy closer to home, the possibilities are seemingly endless and already incredibly exciting. As we broaden our beer horizons and search for new and intriguing flavours, it would seem that the pairing of traditional methods and modern ingenuity hold the key to discovering them. It may well take time, but good things come to those who wait. 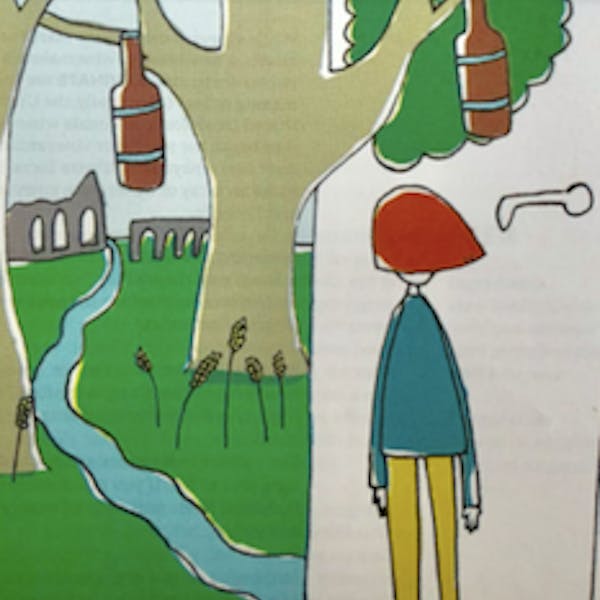